Season One of In Transit has just wrapped up.

For those who missed it here is the complete list of each of the episodes.

In Transit, the comedy web series follows the ups and downs of the lives of a group of 20-somethings.
The series was written by Madeleine Butler and Thulaisi S and directed by Alastair Wharton. 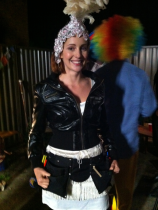 I worked on In Transit earlier this year as a camera assistant and Focus Puller, I even have a tiny appearance as an extra in one episode.
In Transit was one of the biggest projects I worked on this year, one which I almost didn’t do as I was afraid it was another student production. It turned out to be one of the most organised, professionally run jobs I had ever done. Since then I have continued to work with the crew on a huge number of other projects and have made a lot of new friends. I look forward to the next season and future projects with the crew.

In episode 1, we meet the four friends: Caesar, Arj, Marcus and Matt. It seems their peers are getting ahead of them in life. And is Caesar’s job getting in the way of a true passion?

In episode 2, Matt and Caesar have interesting takes on choosing wedding flowers and Arj and Marcus show their flair at picking up girls, but does Marcus have someone else on his mind?

In episode 4, Matt and Marcus find themselves in sticky situations. Arj is annoyed with Caesar, who discovers exactly what being “ethnic” means in the acting world.

In episode 5, Matt encounters more wedding problems. Things take a turn for Marcus and Maya and Caesar and Yvonne.

In episode 6, Steph makes another demand for the wedding. Caesar stuffs up an audition, Arj has a “successful” meeting and Maya tries to find Marcus.

In the final episode of Season 1, the four guys attend a friend’s gallery opening. Temptation looms, new doors open and problems arise for all the characters amidst a very colourful and eccentric exhibition.